A mountain as a wager: The story of an emperor losing the Mount Hua - Part #1

A mountain as a wager: The story of an emperor losing the Mount Hua - Part #1

The Bigger Bet Win Ever!

Happened more than a thousand year ago, around year 950 AD.

The Location - The Chess Pavilion

The Chess Pavilion is located at East peak of Mount Hua. Mount Hua is a mountain located near the city of Huayin in Shaanxi province, about 120 kilometers east of Xi'an. It is the western mountain of the Five Great Mountains of China, and has a long history of religious significance. Originally classified as having three peaks, in modern times the mountain is classified as five main peaks, of which the highest is the South Peak at 2,154.9 meters (7,070 ft). 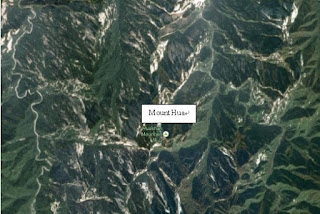 The only way to reach the Chess Pavilion is climbing down the overhanging Sparrow Hawk Cliff, the hardest challenge on Mount Hua. 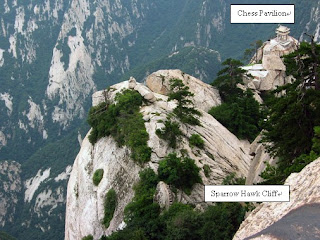 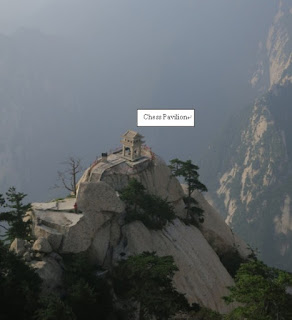 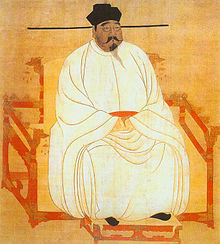 Emperor Taizu of Song (21 March 927– 14 November 976), personal name Zhao Kuangyin, courtesy name Yuanlang, was the founder and first emperor of the Song dynasty in China. He reigned from 960 until his death in 976. Formerly a distinguished military general of the Later Zhou dynasty, Emperor Taizu came to power after staging a coup of state and forcing Emperor Gong, the last Later Zhou ruler, to abdicate the throne in his favour.

During his reign, Emperor Taizu conquered the states of Southern Tang, Later Shu, Southern Han and Jingnan, thus reunifying most of China proper and effectively ending the tumultuous Five Dynasties and Ten Kingdoms period. To strengthen his control, he lessened the power of military generals and relied on civilian officials in administration. He was succeeded by his younger brother, Zhao Kuangyi (Emperor Taizong).

To add on, the Song dynasty was an era of Chinese history that began in 960 and continued until 1279. It succeeded the Five Dynasties and Ten Kingdoms period. Kublai Khan's armies conquered the Song dynasty in 1279. The Mongol invasion led to a reunification under the Yuan dynasty.(1271–1368).

Chen Tuan (d. 989) was a legendary Taoist sage credited with creation of the qigong system Liuhebafa ("Six Harmonies and Eight Methods"). Along with this internal art, he is also said to be associated with a method of Qi (energy) cultivation known today as Taiji ruler and a 24 season Daoyin method using seated and standing exercises designed to prevent diseases that occur during seasonal changes throughout the year.

Known as the "Sleeping Immortal", he is credited with using and creating sleeping qigong methods of internal alchemical cultivation.
Little is certain about his life, including when and where he was born. He was born around the end of the Five Dynasties and Ten Kingdoms period (907 AD - 960 AD) and the start of the Song Dynasty (960 AD - 1279 AD), possibly in what is now Luyi in Henan Province.

According to certain Taoist schools who claim him as a founder, he lived two decades of a secluded life in the Nine Room Cave on Mount Wudang, though traveled frequently. On the 1st year of Xiande Period of Later Zhou Dynasty (one of the Five Dynasties) he is known to live on the Mount Hua, one of the five sacred mountains of China.

Many tales of Chen Tuan have been circulated around and it is said that "He wanders around and shows no concern for worldly benefits." However, despite many mystical and mysterious stories, Chen was known to care about and was compassionate to ordinary people. For this he is deeply respected by the common folk. This Taoist sage was considered the embodiment of the Supreme Lord Lao and received the nickname of “Aged Ancestor”, a symbol of Taoism in Huashan