The character of “自”- Since

In Game #4, we will learn how to maneuver the pieces to gain advantageous positions.

The first eight moves were the same as in the previous examples. Diagram 1.4a. Please refer to Game #1 for detailed explanations. 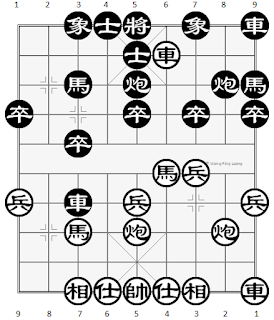 In this game, Black improvised and for his ninth ply, Black chose to play C8=6, which was a bad move. In Game #4, Black make corrections and played C8=7 which was still insufficient as could be seen by Black's dismal outcome. C8=7 would still be a good move in this situation but more could have been done. Diagram 1.4b.

We can see by going through the game how the ancient Chinese players improvised and learnt from their mistakes, making corrections and perfecting their play. It is very important to learn from your mistakes. 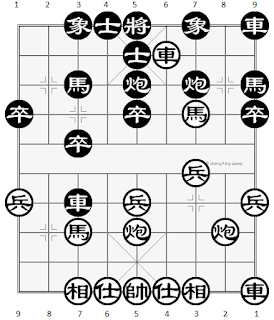 Red had attempted C2+5 as in Game #3. However, Black’s C7+7 actually provided a chance for Red to attack. Diagram 1.4c. A better move for Black would be to play R3+1. If Red answered with C2=5, Black would defend with A5-6 and Red would not be able to continue his attack. 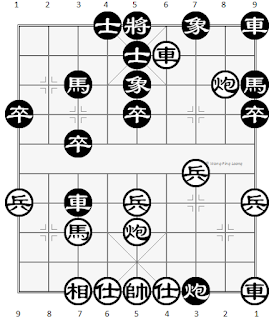 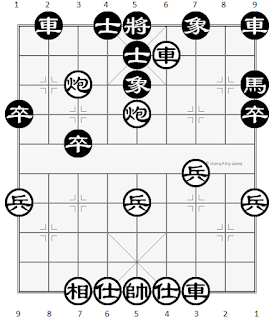 Red's P3=2 to maneuver the pawn to attack was timely and brilliant. Diagram 1.4e. This would allow Red's chariot to team up with the other chariot for an attack. This tactic is often used during the middle game. 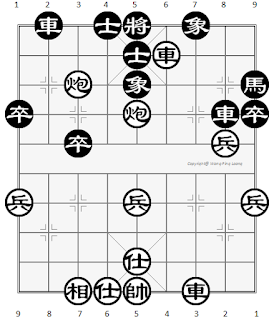 Black would have lived slightly longer with R8-3. However, it would just be a matter of time before Red won. 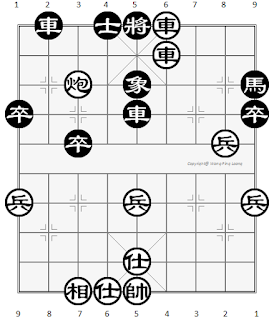 If you would like to buy the full version of "The XiangQi Master From The Cave", please visit https://www.amazon.co.uk/dp/B01HQIVENU