You have to do some home work. You will need to get a bunch of the games played by a very strong Xiangqi player who is an an expert in certain variation and analyze them move by move.

For example, if you want to study Xiangqi’s Elephant Opening, then get the games played by Grandmaster Hu RongHua who was the biggest expert there. After you have analyzed few hundreds of the games played by an expert you learn the basic ideas and also get the feel of the opening. It is an entertaining and very efficient way to master any opening.

However, it is always not an easy task for a non-Chinese speaking players to get the Xiangqi Games notations played by Grandmaster. There are very limited Xiangqi resources in English language.

This book “XIANGQI Grandmaster Hu RongHua and his Elephant Openings” has documented more than 200 games played as Red by GM Hu by using Elephant Opening. The games are collected from internet, whereas the author has translated them into English notations. These are the games were played by GM Hu in the main tournament within year 1960 to year 2013!. By studying the games, we could understand the development of Elephant Opening and its main variations.

Study Grandmaster Xiangqi Moves to get better at Xiangqi

You see what move the Grandmaster made, and move on to the next move

You can be a better Xiangqi player!

You can download the Free Edition from below link

Get the full printed copy from Amazon.com 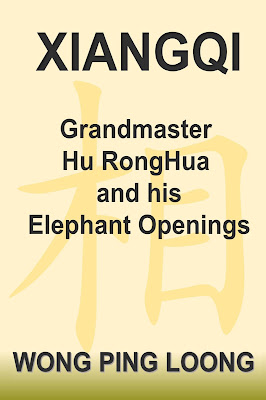