A wonderful endgame: Sacrificed Cannon and Horse in order to win the game with two pawns


A wonderful endgame: Sacrificed Cannon and Horse in order to win the game with two pawns

The diagram shown the game position for 2017 China Xiangqi Tournament -team event, Xie YeJian (Hunan) against Mi YueJin (Xinjiang) at 60th move. Red was in advantages with additional 2 pawns. However, Red had lose both elephants and under attack by Black's double horses. During this critical moment, Red had demonstrated his ability in complicated calculation and high-skill endgame, sacrificed his cannon and horse and finally defeated his opponent with his last 2 pawns. 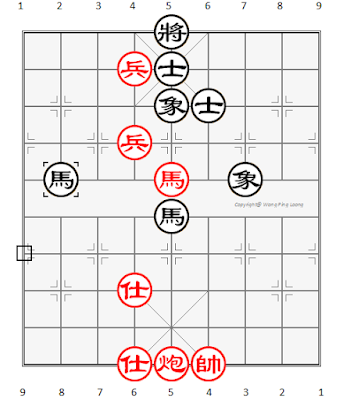 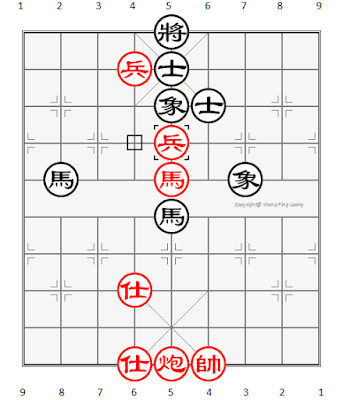 After deep analysis on the board situation, Red moved his pawn to the center file and gave up his advisor. 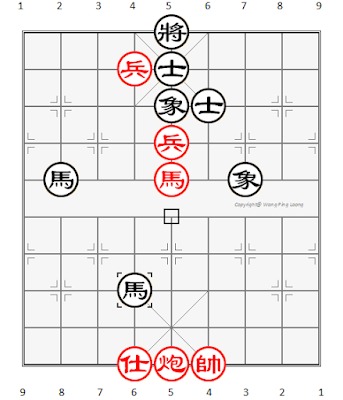 Black captured Red's advisor and prepared to trade his horse with Red's cannon in next move. In Black's mind, the game would be draw after exchanged the cannon. 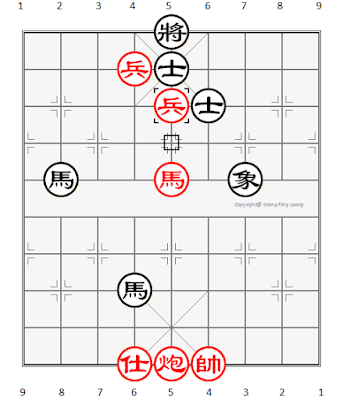 Red did not move his cannon to other position, instead P5+1 to capture the elephant! What is his plan? 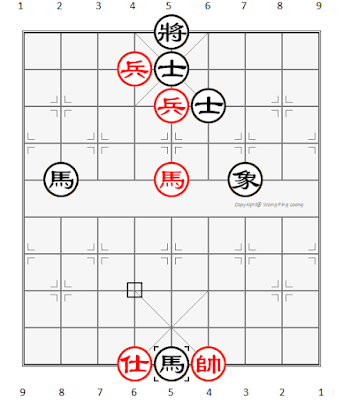 Black of course traded his horse with Red' cannon. Obviously, Black could not play E7-5 to capture Red's pawn, Red could C5+7 and Red would be in huge advantage. 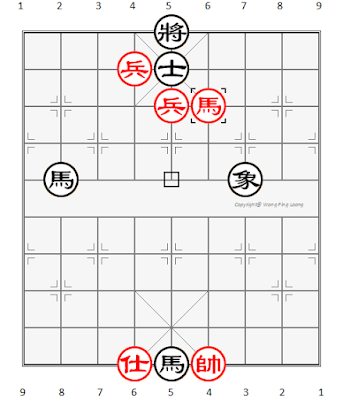 An excellent move. Red sacrificed his only main piece; horse, for Black's advisor. 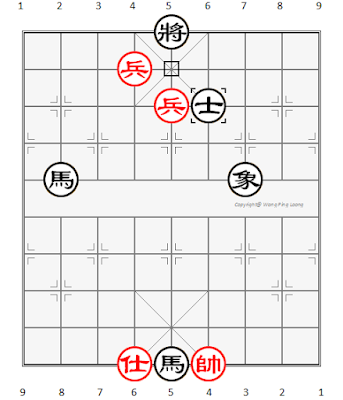 Therefore at current board situation, Black still has 2 horses, whereas  Red only with 2 pawns. So, how can Red win the game? Of course. Black 's horse tried to cover-up file 6 to avoid Red utilized his king's to aid on the attack. 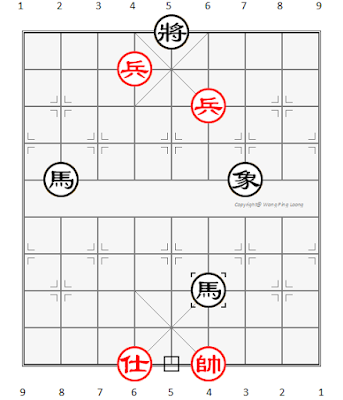 Excellent move. Red was threaten Black's king by moving P4=5. There was no turning back for Red. 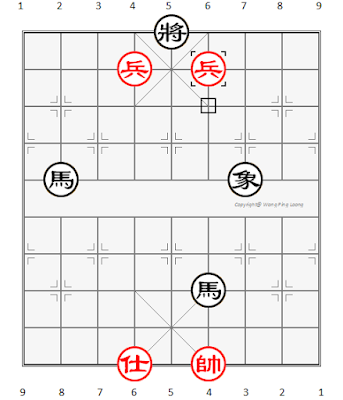 The only move for Black, to prevent Red P4=5. 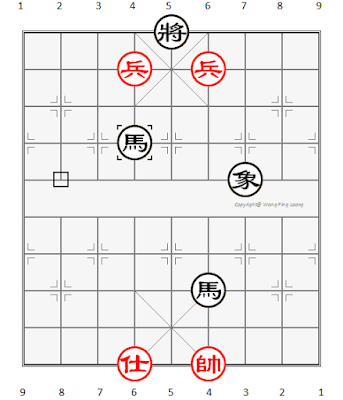 An excellent move! Black could not move his horse which stayed on file 6 to other position, else Red could P4+1 checkmate. 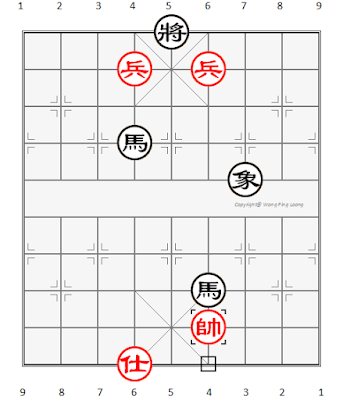 Black was hoping Red's King K4+1 capture the horse, and he H2-4, could capture Red's pawn for a draw! 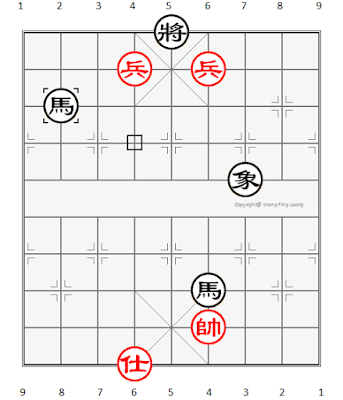 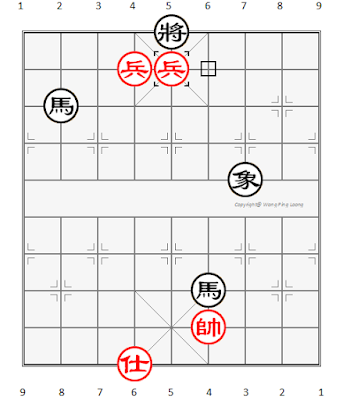 Since Black's horse was no more protecting the center point, Red was threaten to checkmate. Black resigned, and Red won.